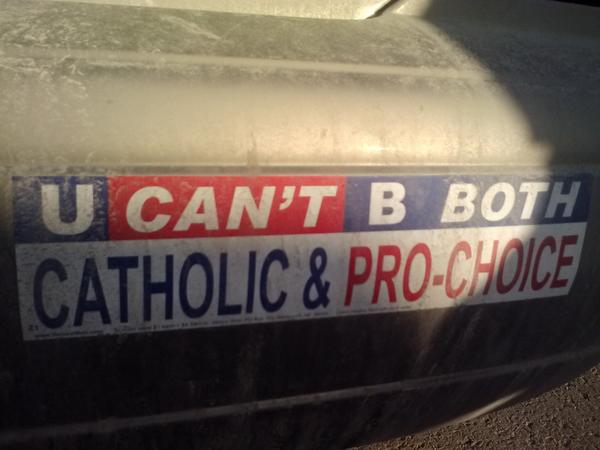 Taking a break from raping children, bishops in the parent church are girding their loins for capitulation after a catholic hospital in Colorado argued in a recent lawsuit that a fetus is not a person.


The arguments were made in papers Englewood-based Catholic Health Initiatives filed in 2010 to persuade a judge to dismiss a wrongful death lawsuit against St. Thomas More Hospital in Canon City. They appeared to contradict the church’s centuries-old stance that life begins at conception. The lawsuit was filed after Lori Stodghill and the 7-month-old fetuses she was carrying died in the hospital’s emergency room.--Copyright 2013 The Associated Press. All rights reserved.

In a related story published at US Catholic:


The Catholic Church’s position on gun control is not easy to find; there are dozens of speeches and talks and a few documents that call for much tighter regulation of the global arms trade, but what about private gun ownership? The answer is resoundingly clear: Firearms in the hands of civilians should be strictly limited and eventually completely eliminated.

Sidearms for the pre-born.

Bumper sticker in Santa Fe: Gravity is just a theory.

Photo: Madeline Kurtz
Posted by larry kurtz at 9:42:00 AM

Email ThisBlogThis!Share to TwitterShare to FacebookShare to Pinterest
piled in catholics, I-25