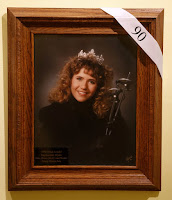 My home state has gone from being America's laughing stock to becoming a co-conspirator in a hate crime.

South Dakota Governor Kristi Noem chose and still chooses to put brown people in harm’s way and it will likely put her at risk to litigation for hate crimes and worse. Smithfield employees and the tribal nations trapped in South Dakota are brown people. Noem is a Koch fiend and everything she’s done since she’s held public office is right out of their playbook. That she doesn’t care should be the real story.

Noem's anti-civil rights actions are no accident. She's is a graduate of the Koch Brothers' American Legislative Exchange Council or ALEC, an anti-think tank think tank that teaches how wedge issues raise campaign dollars for the extreme white wing of the Republican Party. The so-called “Americans for Prosperity” is a Koch-soaked dark money group with an agent in Sioux Falls. South Dakota's GOP legislators and candidates enjoy millions in lobbyist benefits from ALEC.

Kristi Noem has simply become a pinup for the Kochs and boycotting South Dakota is apparently the only language the Republican Party seems to understand.


We can confirm that KELOLAND News, along with other South Dakota TV stations we reached out to, have not been offered any live interviews with Governor Noem from her new studio. Without more information provided by the governor’s office, it appears it has only been used for live interviews on Conservative networks and public service announcements. [Gov. Noem uses $130k studio to boost national conservative profile and reach South Dakotans]

South Dakota’s (white) governor didn’t shut down, and now the state has a huge outbreak including at a Smithfield plant where the company is blaming immigrants for having big families https://t.co/tcvHRVPKxH pic.twitter.com/7BkYG2GRNb
— Adam Serwer🍝 (@AdamSerwer) April 20, 2020